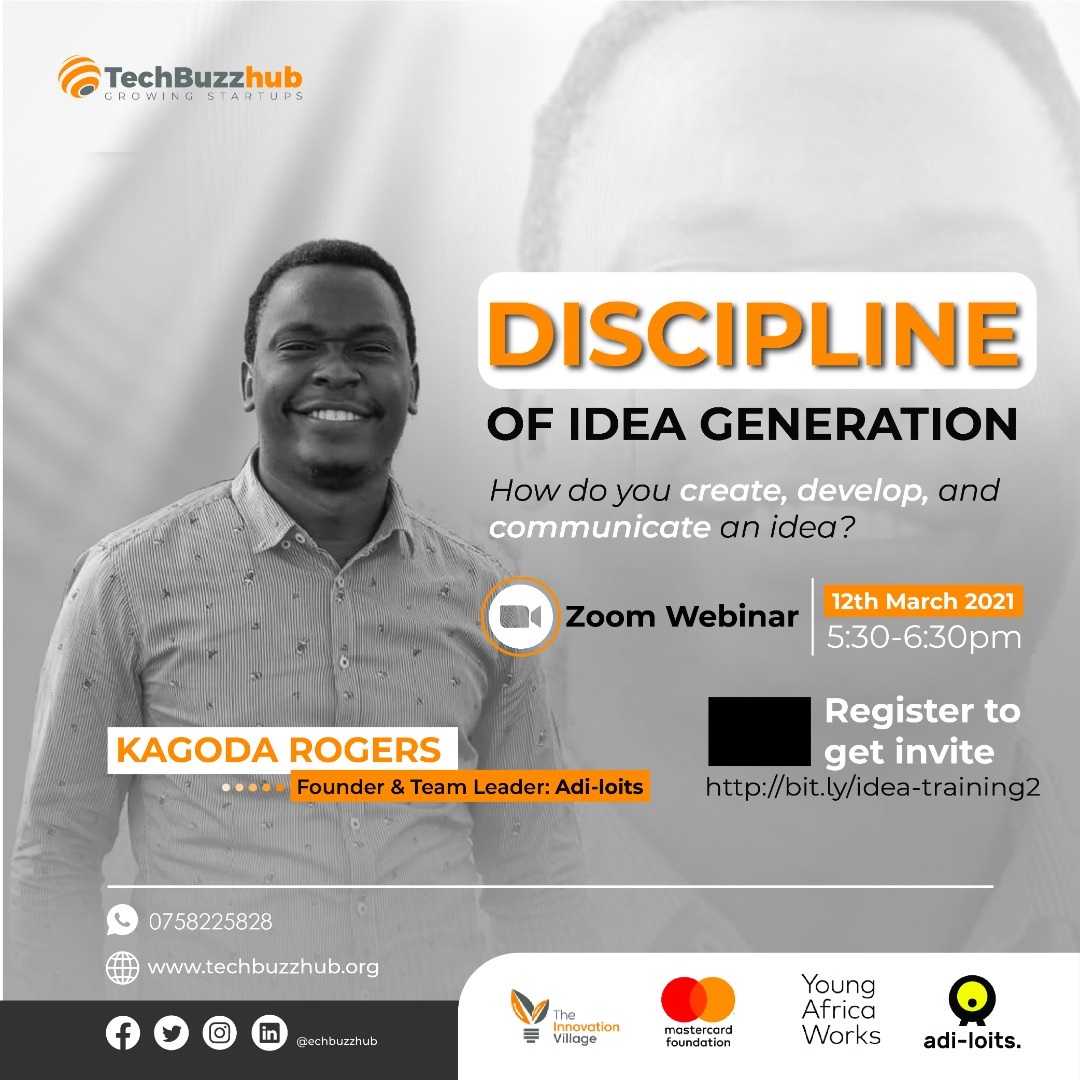 These trainings are brought to you by TechBuzz Hub in partnership with Mastercard, Young Africa Works and Innovation Village

From the blog on ideas and success, we are looking forward to expounding our knowledge on relevant facts as entrepreneurs, after looking at basically what we need to start up our businesses, we realize that ideas are an inevitable truth in the scope of business. For the more we grow and get more exposed and so do we generate more ideas. The sustainability of businesses today rotates around generation of ideas. Thus we need to know exactly what it takes to have a good idea and thus we come today with this topic of “discipline of idea generation”.

It is wholesomely based on a webinar that was organized by TechBuzz Hub, together with our partners. This was meant to explore more on the topic of ideas because we believe that as startups, it is important to understand that one’s ideas are the basis for his success in business. So the more one is acquainted with the discipline of generating ideas the better.

It was an interactive online session or meeting that involved the young entrepreneurs together with the panelist. It was rotating around; how ideas are generated, how ideas come to be, what mechanism can be used to actuate ones’ ideas among other sub themes. These and other inquiries were critically handled in a kind of interaction between the moderator from Techbuzz hub and the panelist who was Mr. Rogers Kagoda, of Techstars.

How did you formulate the idea?

Mr. Rogers explained that he wanted to look out for something that was both innovative and better. His company name got its origin from android. But because it was so common at the time, they thought of “Adi Loit”. Just a little something that seems to be the same as the existent one but a little innovative, you cannot really know what Adi Loits is all about unless you talk to or get to their website. So you can just think creatively about the existent and formulate the non-existent.

How do you know your idea is a billionaire idea?

There are two kinds of ideas according to Mr. Rogers that is; proven business ideas and innovative ideas. Proven business ideas are those that are already working in the market and they have been proven. These are easy to determine whether they are worth billionaire or not. However, innovative ideas, these are those that are still not proven and they stand a test of time, and scope. They do not have any data that lies beneath them thus you can only know by testing them out in the market accordingly.

What next after realizing ones’ idea.?

One should question himself if the idea he has, is in line with the business he /she is looking at, the micro economic factors and how they affect his business. One has to make an innovative research. This involves asking questions like, do customers need my idea? Is my business idea profitable, is it feasible, among others? These give one a sense of direction to the kind of business idea they are carrying on.

He (Mr. Rogers) also goes ahead and notes that, it’s good to start with something that is 99% not successful. It gives you ground to think of what you need to work on to make it better.

Who do young entrepreneurs need to involve along the process of developing ones’ idea and scaling and testing it.?

When you have an idea, you map it out by using the Business Module Convances. After mapping it out you test your idea, through three tests

Thus he says while making the pilot study one can involve his family and friends, amidst others.

This discussion led to another question which was “how do I identify the resources I need to run and actuate my idea?”

Many companies have similar resources thus for proven ideas its simple to know which and where you shall source the resources. However, for innovative ideas, resources are gotten from testing. That is testing with a group of 10 and 100.

There after prepare presentations for investors including key things that investors can start with to have interest in your innovative idea.

What are the techniques to help find out that an idea shall stand out amidst the competition?

Some of the techniques that have been proven to work for testing an idea are the following.

Jalia R. asked that at the moment of testing ones’ idea, what criteria can one use to protect ones’ idea especially before the team in fear of perjury?

Rogers responded by saying that ideas are assumptions which are in the process of being actuated, this means that it can develop into other different ideas. What can be done is, registration if the idea was an innovative idea, to protect it from other people.

How do I go about finding investors for my business idea…?

Rogers advocates for modules that create and generate money right away from the beginning. It doesn’t need to be a lot of money but at least there is income generated by the product or service.

Other than that, one can create an investors thesis, which explains the products that investors would like to have, their revenue interests among others. This triggers a question of when business plans should be presented and made.

Business plans therefor can be presented at the beginning of the business if the idea is a proven idea. But for innovative it could be a waste of time.

This brings us to the end of this edition, we hope you are ready to start the discipline of idea generation, so that your business can grow and sustain growth to greater heights. We remain TechBuzz Hub.  see you next time. 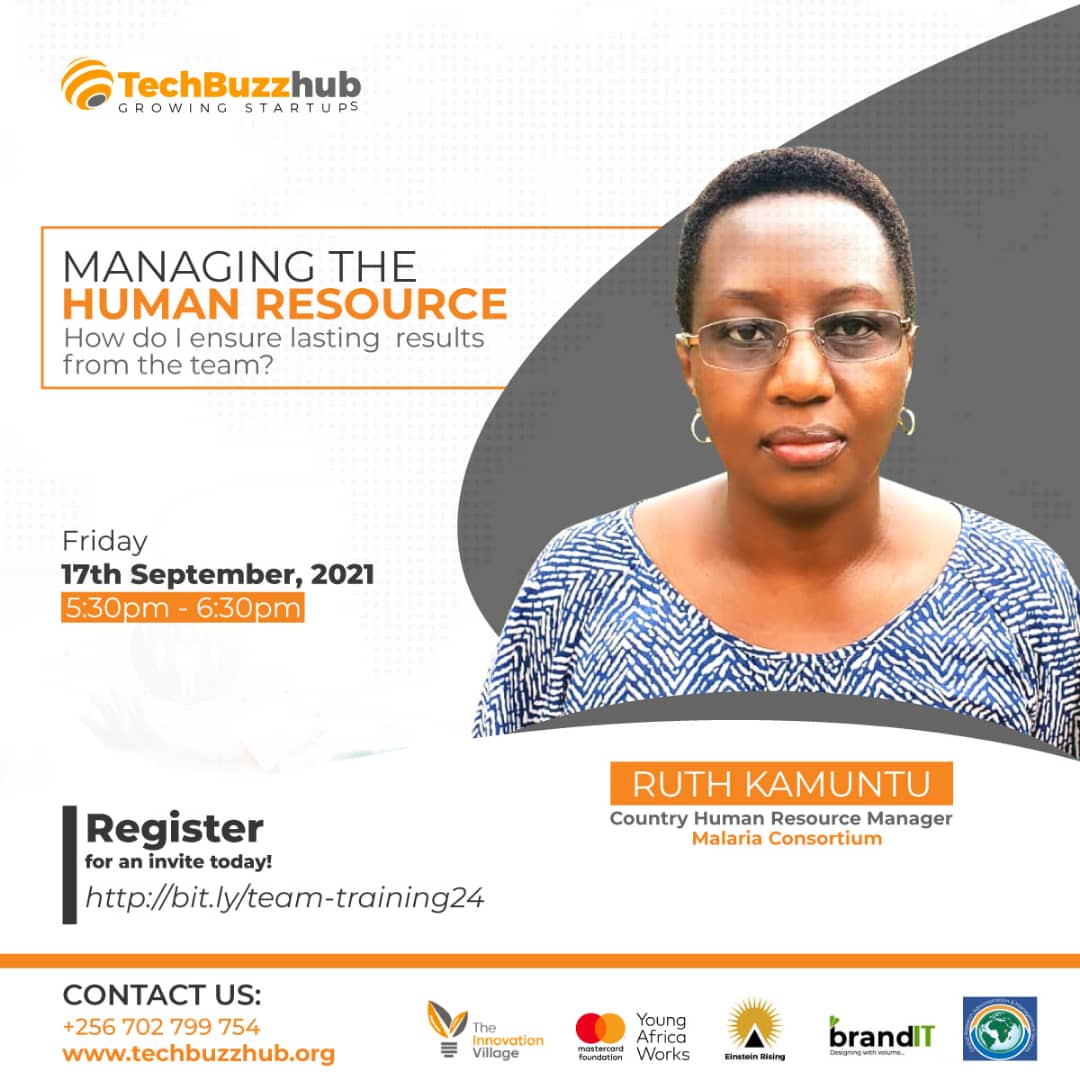 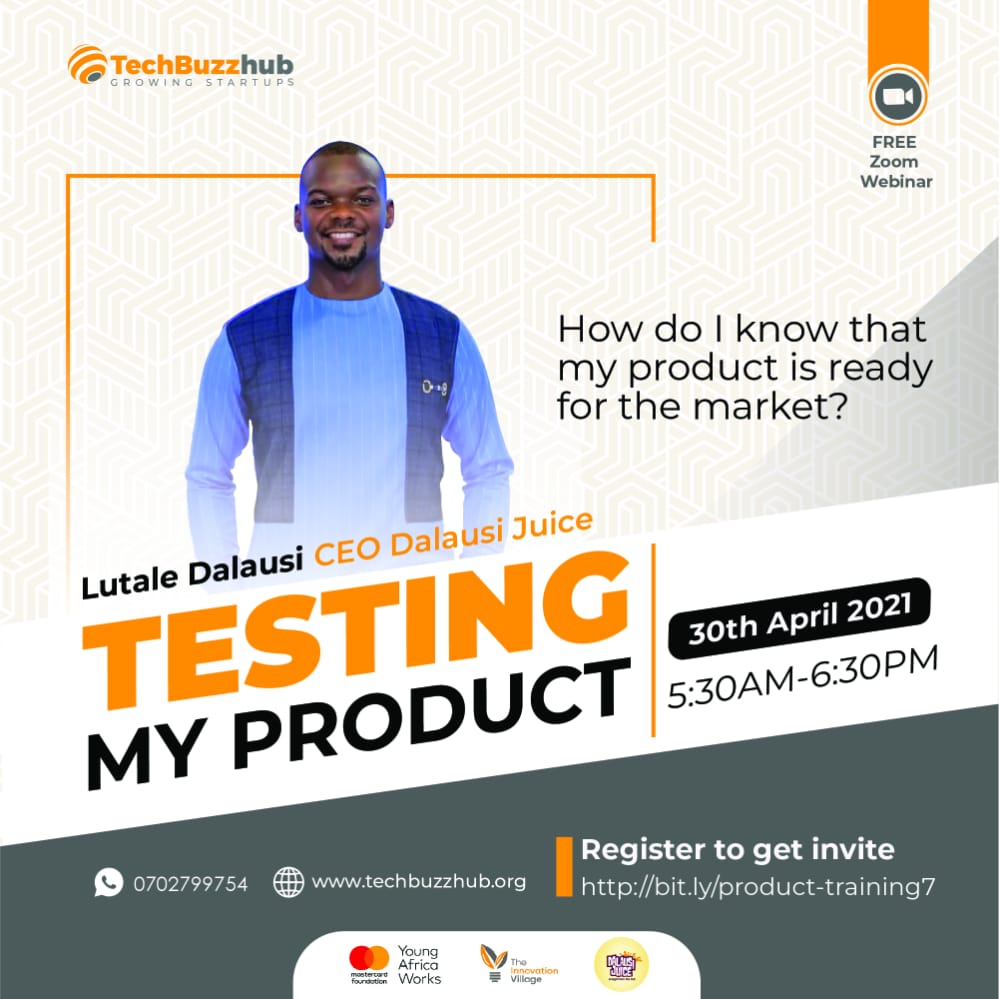 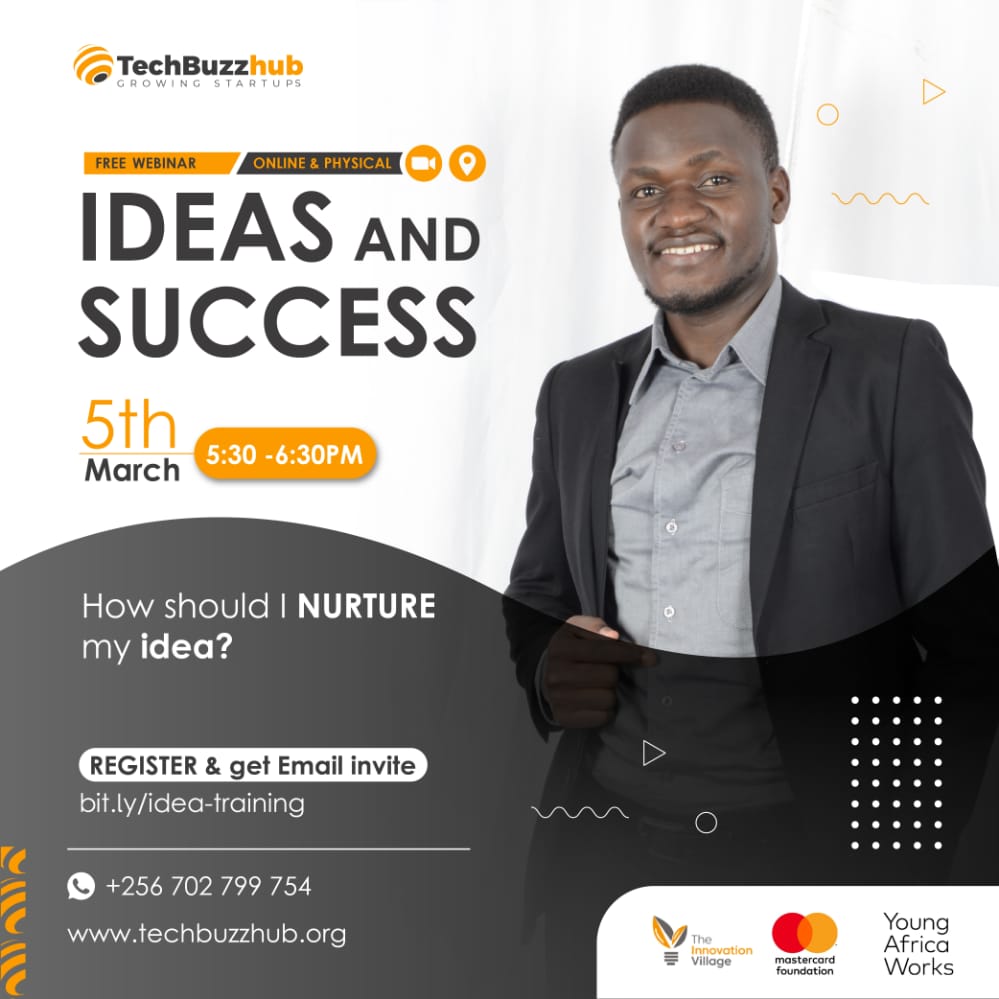